We help entrepreneurs scale their companies to 7-figures by transforming them into Business Athletes that achieve in one day what others do in a week.

Our unique results are driven by our unique approach 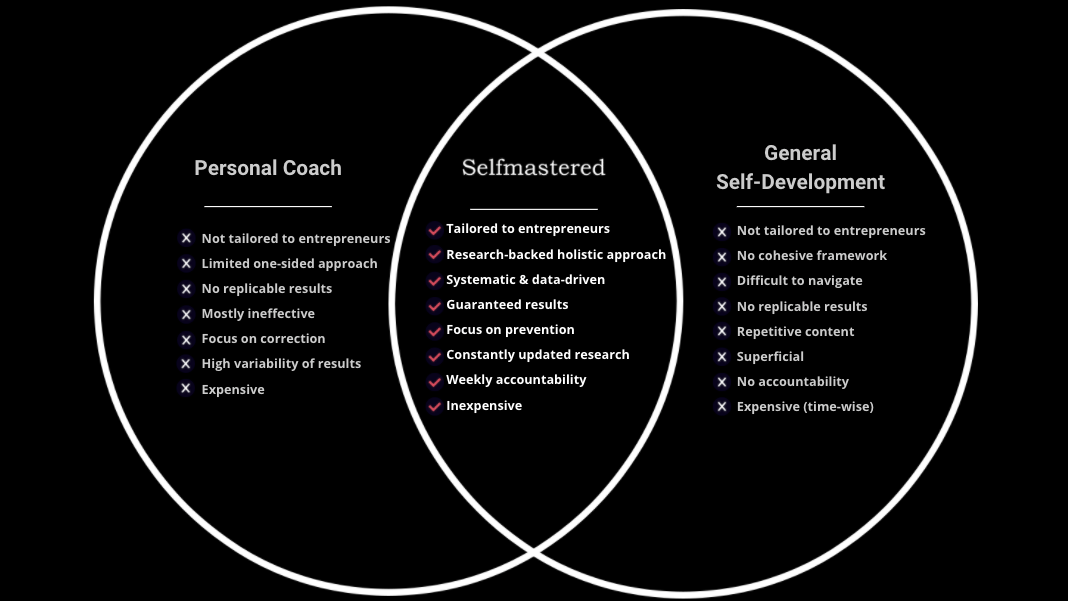 We don't teach opinion. We teach the most actionable frameworks from complexity science, neuroscience and behavioral science to help entrepreneurs become dangerously effective at work and fully present at home.

We solve the biggest unspoken problem in entrepreneurship 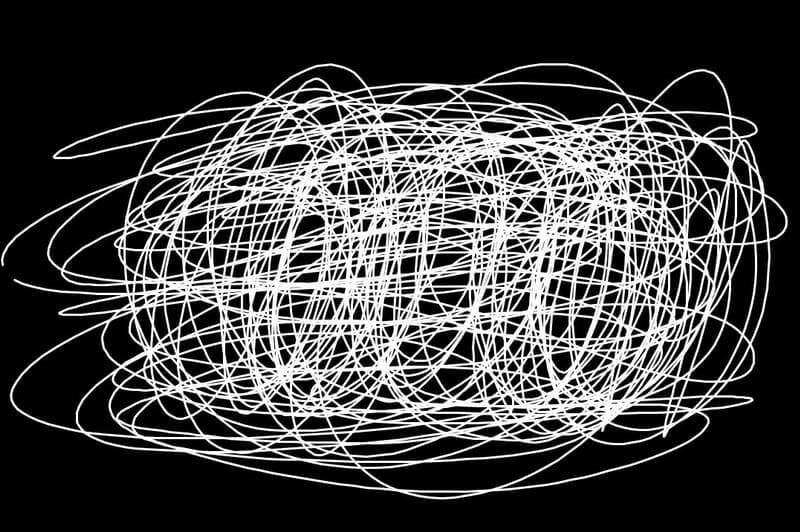 Most entrepreneurs, especially those stuck at the 6-figure level, have difficulty sustaining high performance under pressure. The constant pull on their attention leads them to crazy busy, anxiety-inducing work that compromises their results, hinders their performance, and affects their health, development, and relationships. 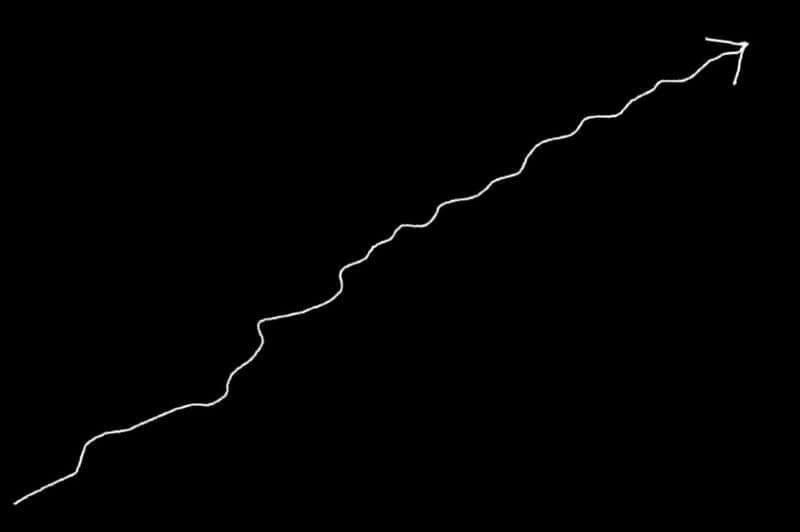 A data-driven & research-backed training methodology that helps entrepreneurs achieve and sustain peak performance every day. We achieve this by teaching tested frameworks that help them to prioritize, plan & execute at an elite level under pressure, remove all negative emotions that may be holding them back and focus for up to 10 hours/day every day.

What Results Should You Expect after 12 weeks?

You will have crystal clarity on your priorities on a multi-year scale and how to best achieve them. No more second-guessing yourself.

Your productivity will explode by learning how to leverage your cognitive capital (focus, motivation & discipline) for maximum results.

You will eliminate all doubts, uncertainty, and emotional turmoil so you can be dangerously effective at work & fully present at home.

You will forget about stress-fueled suboptimal decision-making caused by overwhelm, anxiety & frustration.

You will feel empowered, confident, motivated because you'll have a data-driven system for achieving & sustaining peak performance.

You will feel unstoppable by following a proven methodology that nudges you into performing at your best every day on autopilot. 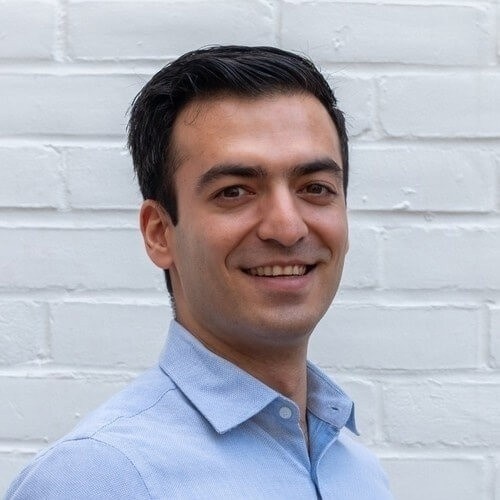 Before state: Team of 2, sluggish growth, low revenue. Working on getting funding, hiring a team and increasing sales. Frustrated at the lack of progress.

Saher is an absolute beast of an entrepreneur. He was an Uber APAC founding team in his early twenties. Before joining Selfmastered, though, he was unclear about the most effective way of prioritizing & executing on his ever-growing laundry list of urgent tasks when building his new startup, Traktion (an AI-powered marketplace for on-demand marketing talent). He was doing a dozen things at once: working on getting funding, hiring a team, increasing sales, etc. He frequently found himself stretched too thin, unable to remain focused on the 1-2 things that would really move the needle. He was frustrated at the lack of progress, and his lack of focus prevented him from realizing this progress in the first place. It was a vicious cycle. In 12 weeks, he ruthlessly analyzed his performance, liberated unused execution capacity, and doubled-down on the highest leverage tasks he had available. He started progressing faster than ever just two weeks into the program and ended up 10X his revenue in just 12 weeks.

“I’m in my second startup, I've been in the VC or startup world for some time. I've been in really stressful, operations focused roles where 7 Days/week, 12 hours a day. But running my own company was a different challenge. Most of my work is actually about constant decision making throughout the day. And you know, especially when you're small and starting out, like getting those decisions right is so key because there's so much compounding leverage that can follow if you make the right decision. The biggest benefit of the program for me was understanding that I need to build systems to reach my goals - with Selfmastered I was able to build these systems and constantly tweak them through feedback loops thanks to the Dashboard. Within the first month of using the learnings from Selfmastered, I managed to close our funding round (£300k), hire 3 really talented team members and increase our sales significantly.” 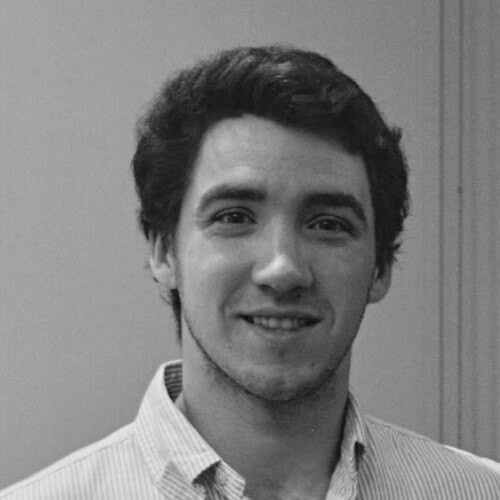 Before state: Idea-on-a-napkin, no team, no revenue,

Francisco is one hell of an entrepreneur who suffered from what most bright minds tend to suffer from in the early stages of business: shiny object syndrome. When he heard about Selfmastered, he approached us to accelerate the idea-generation and first operational challenges of the new startup he was building: Menhir.ai. This fintech startup uses AI & ML to help banking institutions achieve higher returns on their distressed assets. Francisco had multiple requests on his time and energy and couldn't prioritize effectively in the middle of the entrepreneurial storm. He was battling with overwhelm, uncertainty, and frustration. The load on his cognitive infrastructure was too high, preventing him from focusing on the wildly important. He needed help with setting up internal personal systems that could help him better manage all that complexity. During several weeks he used our tools to audit & analyze his personal performance. He identified both performance bottlenecks and untapped potential areas that could be leveraged for higher personal ROI. 12 weeks after starting to work with us, Francisco had a sexy €250k+ ARR business (€21k/month). He is now serving the top financial institutions in Spain and has a stellar team of 4 people to help take Menhir to new heights.

"I often myself in these crazy creative loopholes in which entrepreneurs like me believe we can become the next Steve Jobs, but in reality, we are only becoming more unfocused and ineffective. Selfmastered has helped me rethink my approach to business and provided me the tools to accelerate my business exponentially. I wouldn’t have built what I’ve built without Selfmastered”. 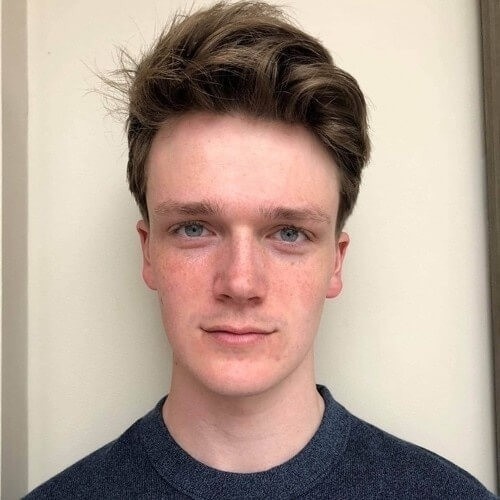 Before state: Overwhelmed while serving only 1 big client. Plagued by self-doubt and imposter syndrome. 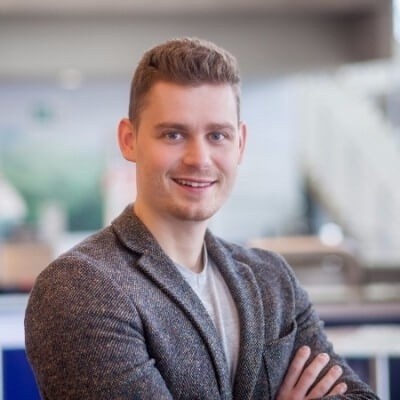 Before state: Frustrated after a ”terrible 2020” when he didn’t fulfil his businessplan. Willing to have a tool to “crush 2021”. 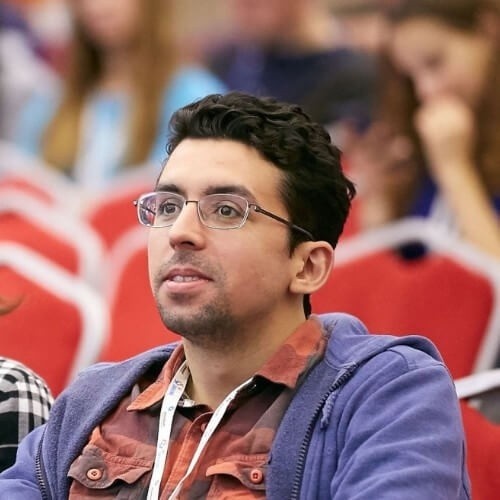 Before state: Lost after first venture exit, theorizing Mymotype with his brother Claudio.

After state: Mymotype accepted at Reaktor.Berlin (Only 7 prevailed against 126 other applicants for the first batch)

Danilo is a German entrepreneur that had already had moderate success with his first startup. Smart as a whip, he now wanted to build a new business with his brother Claudio (Umi-Hotaru, a deep-tech startup that focuses on manufacturing new OLED lights) up and running as fast as possible - while avoiding the mistakes and inefficiencies that plagues his first business. Building and scaling a deep-tech startup needs next-level laser-like focus (to shut off distractions and irrelevant data) and a total commitment to experimentation in the face of uncertain odds. Performance needs to be sustained at the highest level for years on end, as there is too much. Together we audited his performance, streamlined his operational processes, and devised a new execution & implementation plan. We also reworked his personal narrative and established new protocols for maximized achievement. A few weeks later, Umi-Hotaru was accepted in Reaktor.Berlin, a 6-month pre-seed program for startups with a 4% acceptance rate.

“Selfmastered is a program that's basically stripped of all the motivational lingo and just gives you the bare scientific essence of how to become productive, how to get into the zone, and how to ignore the chaos outside. It helps you to bridge the implementation gap from abstract mental models to day to day execution. So this is what helped me immensely because sometimes I tend to get lost in thought. But the program is always there to basically remind you that it's about the execution and not about something else. Thanks to Selfmastered my systems are running pretty smoothly now.  We have now managed to get rid of all the technical debt we had and get into a very high profile Berlin accelerator program for deep tech startups. This is a very reassuring and encouraging new episode in our life. 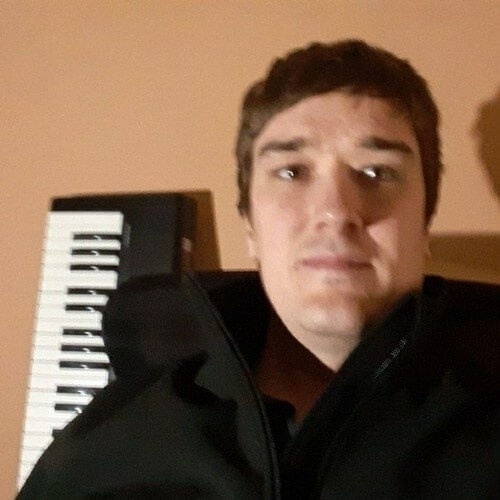 2X Revenue In 12 Weeks During Covid

Before state: Revenue in free fall due to COVID, urgent business recomp needed. Revenue fall by 30% by the time we started working with him.

Patrick is a beast of an entrepreneur from San José, California. Piano teacher by day and developer by night, he owns a piano tutoring business greatly affected once COVID hit: due to the lockdown restrictions, he couldn't travel to his students' houses anymore. He needed to shift his business to an online format, which proved difficult. For a few months, revenue was in freefall. Nothing was quite working: marketing was ineffective, the advertisement channel had dried up, and his performance was suffering much from these challenges. He was overwhelmed by the situation and came to Selfmastered looking for a new edge. And he found it. In just a couple of weeks, he overhauled his business entirely: he adapted his tutoring methods to the new normal, paused the app's development, identified key areas for leverage, and streamlined his operational processes (both personal & professional) to sustain this new growth. Two weeks into the program, he had already reversed the negative growth trend, and over the next few weeks, he started increasing his revenue again. It took him 12 weeks to 2X the business's revenue and unfreeze the development of his proprietary app.

"I watched the videos and wrote down ideas on to my to-do list. I got a lot of value from applying some of the ideas. I improved my weekly schedule and activities. This made me more effective, so I could solve the marketing problems. I started adding students again. As of now I have ~56 students, twice as many as 3 months ago. I would highly recommend the program. If you have been reading and looking for answers but haven’t found them - I guarantee you’ll find ideas in this program you haven’t found elsewhere. I’ve read hundreds and hundreds of books on business, personal development, and other useful nonfiction topics. Most videos still had ideas I had never encountered before that I could take action on. Applying some of those ideas helped me become more effective and solve my issue". 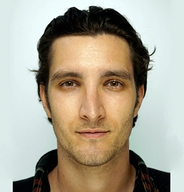 Before state: Close to zero job & career prospects which caused him stress and frustration

After state: 3 months to hiring + 6 months to first promotion

Benjamin was a recent Business, Finance & Accounting graduate from Spain with zero career prospects. He had spent 7 years at university and didn’t want to study a masters degree like his peers. So he started online projects and to practice his writing and selling skills. Knowing he was in the right direction, he lacked the clarity needed to turn everything he was learning into something marketable for the market and to get a job. He lacked the confidence to prove his skills and asked for help from Selfmastered. With the guidance of our team, he quickly turned around his self-image and found a much better way to market himself in the industry he wanted to be in: business and self-learning. This led to achieving a position as Partner Development Manager in Microsoft the day before COVID lockdowns started in 2020. Once inside a big company, which was his initial goal, he had a new issue to face: the idea of being underqualified for the position, lack of experience and the lack of support from peers, as he joined at the peak moment of chaos. We worked with him again to set up the correct protocols to self-learn at a faster pace to add value and be productive as soon as possible due to the chaotic times. Not only did he succeed, but he achieved a raise within his first 6 months. 12 months afterwards he over-achieved yearly targets by 370%, having shed all insecurities regarding being under qualified, and had become the key player in his team and organization. 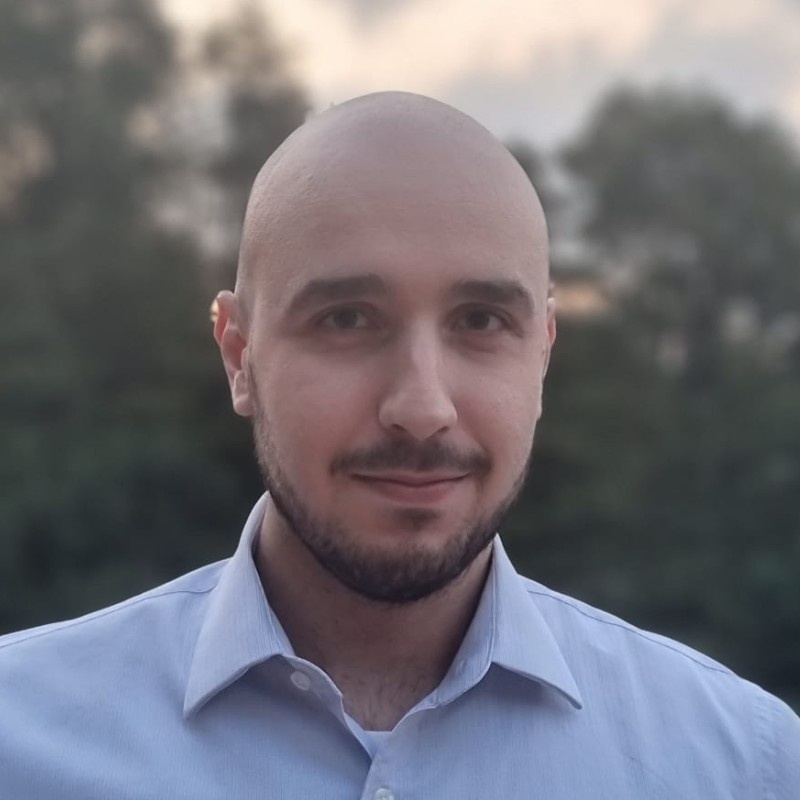 Before state: Severe lack of motivation and performance anxiety. Lack of clarity about the path ahead

After state: New job in Sao Paulo at a Proptech Unicorn 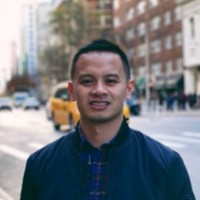 Before state: Waste of time due to the lack of an effective management system

Yes, Send Me The Training Now!